The mission statement of Helping Parents Heal is: Sharing the Journey from Bereaved to Shining Light Parent. Conrad and Paolo Leslie embody this journey. Their beautiful only son Nicolas was murdered by a terrorist in Nice, France on July 14, 2016.

Conrad and Paola were obviously devastated by Nicholas' passing. Conrad is an accomplished engineer and business owner. He has taken a no-nonsense approach to finding his way since Nicolas' passing. Paola has taken a different approach, including being heavily involved with Helping Parents Heal. I've known the Leslies, mainly Paola for a few years.

In this interview, Conrad opens up about the difficulty of the journey but also the beauty he has found along the way. He shares the incredible signs he and Paola have received from Nicolas, who remains active in their lives. We talk about forgiveness and how it's a process, not an act.

It was refreshing to talk with a father about his perspective, as Helping Parents Heals consists mainly of mothers.

Conrad has given me permission to share the document he created that chronicles the signs from Nicolas, "Gifts from Nick", including photographs we discussed during the interview. If you would like a copy, send an email to me.

I'd like to ask you for three favors. You can do one, two, or all three.

1.) Make sure to subscribe to the podcast through your favorite podcast app, so that you don't miss an episode.
2.) Please rate the podcast at ratethispodcast.com/grief2growth
3.) If you'd like to support me financially, go to grief2growth.com/tipjar 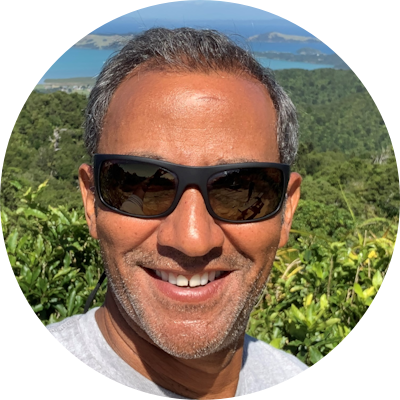 Conrad leslie is an engineering consultant who worked on environmental, geotechnical and oceanographic investigations He lived a fairytale life in Del Mar, CA with his wife Paola and only child, Nicolas. They shared wonderful adventures traveling with Nicolas to exotic locations to kitesurf, scuba dive, and surf. On the summer of 2016, Nicolas, a third-year student at UC Berkeley, traveled to France, to participate on a study abroad program. Their world turned upside down when on July 14, 2016, an ISIS inspired terrorist used a truck as a weapon of mass destruction to kill their only child and 85 other innocent victims. Conrad and Paola suffered tremendously. Their future as a couple was in question, but worst, they had lost the will to live. However, thanks to amazing signs and messages that they continue to receive from Nicolas, their love for life, each other, and humanity has flourished. Nicolas continues to be a big part of their life and he continues to show them the way forward. These signs that Conrad calls “Gifts from Nick” have convinced them of a higher reality, a life after life. Conrad and Paola have found healing in embracing love over hate. Conrad is always eager to share their story about love, forgiveness, and the joy in knowing that their beloved Nicolas continues to be by their side.